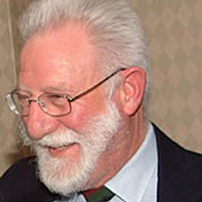 Ronald M. Wintrob was my mentor, my research collaborator, my colleague and most importantly my friend. Ron was my residency training director and one of the most significant influences on my formation as a psychiatrist. I chose to train at Brown University in 1986 due to Ron’s interest in cultural psychiatry. I have published a number of journal articles and book chapters with Ron including the chapter on Transcultural Psychiatry in Kaplan and Sadock’s Comprehensive Textbook of Psychiatry. The most memorable publication was for the Japanese journal Psyche and Culture where our article on cultural competence was translated and neither of us could read the publication except for our names. Ron was an optimist who I never encountered without a smile. His love of life was reflected in his most recent battle with chronic medical illness and his fight to return to independent living. I have had the pleasure to meet over time his three children and Pauline his wife who passed away two years earlier. His family is a reflection of Ron’s own character.

Ronald M. Wintrob, MD was an international recognized leader in psychiatric education and in the field of cultural psychiatry. He completed his undergraduate degree and medical school at the University of Toronto, and subsequently a residency in psychiatry at McGill University. He was awarded a traveling fellowship in child psychiatry that led him to receive training in England, France, the Netherlands, and Switzerland. His interest in cultural medicine began in 1960 as medical director of a hospital in northern Laos. He also spent two years as the clinical and research director of Liberia’s psychiatric services and its only psychiatrist at the time. In 1966 on returning to Montreal he had faculty appointments at McGill University in both psychiatry and anthropology. After leaving McGill University, in 1967 he received academic appointments at the University of Connecticut School of Medicine both in the Department of Psychiatry and Anthropology. While on sabbatical from the University of Connecticut he began a twenty-year relationship as a visiting professor and lecturer with the University of Otago and later the Christchurch School of Medicine in New Zealand. In New Zealand he focused his research on the cultural change of the Maori. From 1983 to 1994 Dr. Wintrob was the Director of Education and of the Residency Training Program in the Department of Psychiatry and Human Behavior at Brown University. He transformed the Brown University psychiatry residency into one of the leading programs in the United States. He was known for advocating for the educational needs of the residents when confronted by demands from hospital administrators.

His impact on cultural psychiatry is highlighted by leadership and academic production. Dr. Wintrob’s research focused on acculturative stress and adaptation among individuals and families, and on national immigration policy. While at McGill he researched change and coping ability among the Cree indigenous people of northern Quebec. In 1969 he participated in drafting the original position statement of the American Psychiatric Association on transcultural psychiatry, delineated psychiatry’s role in transcultural studies, clarified the terminology of the field, described its interdisciplinary nature, and outlined its major objectives and areas of applications. Ronald Wintrob was one of the founders of the Society for the Study of Psychiatry and Culture in 1971 and the first president of this leading cultural psychiatry professional organization in North America. In 1983 he helped establish the Committee on Cultural Psychiatry of the Group for the Advancement of Psychiatry that produced a monograph on suicide, race and ethnicity in the US population, another on alcohol use and alcoholism, and in 2002, a casebook on Cultural Assessment in Clinical Psychiatry. Previously, he had chaired the Committee on International Relations of the Group for the Advancement of Psychiatry which published a monograph on the Middle East. He subsequently became the co-chair of the World Psychiatric Association Transcultural Psychiatry Section and in 2005 its chair for two terms. He organized numerous international cultural psychiatry conferences and promoted the field around the world. He authored and edited several books including Current Perspectives in Cultural Psychiatry and Psychiatrists and Traditional Healers: Unwitting Partners in Global Mental Health, and book chapters on cultural psychiatry in leading textbooks of psychiatry. Dr. Wintrob was highly generative, publishing widely in academic journals and writing book chapters. As noted in his publications he consistently promoted his colleagues and mentees over himself insisting that they assume first authorship. Dr. Wintrob’s last publication was a book chapter in 2019 on Intracultural Psychotherapy. His academic career spanned over 59 years. He was a major influence in the evolution of cultural psychiatry and development of the field internationally.

It is with sadness that I have to bid my friend farewell. Ron, however, has and will continue to have an enduring influence on my life. Being around Ron you could not help but learn about empathy and how to care about another human being. Although his colleagues around the world will remember his impact on cultural psychiatry, he will always be the mentor I first met as a psychiatry resident.