SSPC gives two awards to individuals who have made outstanding contributions to the field of cultural psychiatry and an award for distinguished service to the organization. A committee comprised of the President of the Society, a member chosen by the Board, and the most recent recipients will accept nominations annually for these awards. Additionally, SSPC awards two fellowships to current trainees in medicine and social science fields. A committee of SSPC members and past fellows review manuscripts to select fellowship winners. 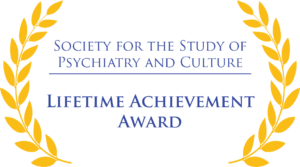 The Lifetime Achievement Award is given to a person who has made “outstanding and enduring contributions to the field of cultural psychiatry.” 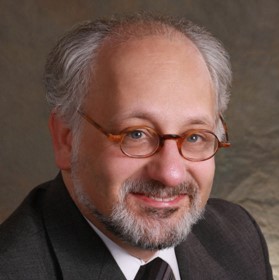 Dr. Kohn has been conducting research in cultural psychiatry since he was a medical student. His first study was examining the mental health of Jewish refugees from the Soviet Union immigrating to Israel and USA. This remains a rare study examining a population immigrating to two countries, and this study led to his first presentation at SSPC. His research has truly been international, having conducted original research studies in 17 countries. He has conducted prevalence studies of mental illness in Belize, Chile, Guatemala and Israel. He has examined mental health service utilization globally and is known for having defined the concept of treatment gap with WHO in his seminal 2004 paper. Dr. Kohn has also studied ethics and stigma of psychiatric treatment in Dominica, Ethiopia, Israel, South Africa, Spain and Sweden. He has studied trauma in different cultural settings, including the after-effects of the Guatemalan civil war, Hurricane Mitch in Honduras, earthquakes in Chile, terrorism in Israel, and the Holocaust. His studies also have included a focus on the mental health of indigenous peoples in the Americas. Among the numerous book chapters Dr. Kohn has written, he has authored the chapter on Cultural Psychiatry for the last three editions of Kaplan and Sadock. Dr. Kohn has written two textbooks relevant to cultural psychiatry, one focusing on mental health in Brazil and another on mental health in Latin America. The former is in Portuguese and the later in Spanish, as the goal was to inform local mental health workers and researchers.

Dr. Kohn has been an active member of SSPC, having hosted the Annual Meeting on three occasions, and he was a Board member from 2004 to 2015. Dr. Kohn has been the Treasurer for the World Psychiatric Association Transcultural Psychiatry Section since 2015. He also has been a Consultant to the Pan American Health Organization – WHO since 1996 and has been the Director of the Brown University World Health Organization Collaborating Center for Research on Psychiatric Epidemiology and Mental Health since 2015. 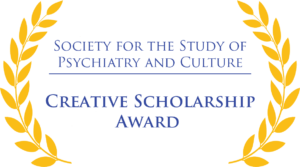 The Creative Scholarship Award is presented to a person who has made a “significant creative contribution to the field of cultural psychiatry.” 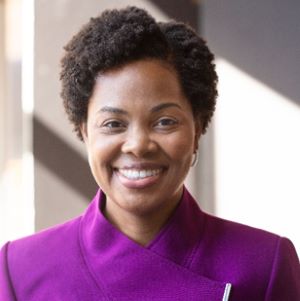 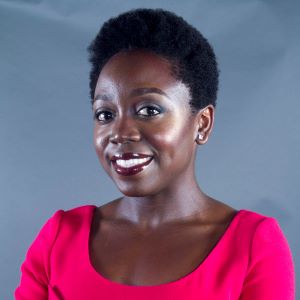 Drs. Shim and Vinson are co-editors of Social (In)Justice and Mental Health, published by American Psychiatric Press. This ground-breaking book addresses the ways in which society’s failure to deliver on social justice–equal access to liberties, rights, and opportunities, as well as care for the least advantaged members of society–harms people with mental illness. The authors argue that in the United States a perfect storm of unfair and unjust policies and practices has led to a small number of people having tremendous advantages, freedoms, and opportunities, while a growing number are denied those liberties and rights. Mental health clinicians bear a special responsibility to be aware of these structural inequities, to question their own biases, to intervene on behalf of patients and their families, and to advocate for mental health equity. To that end, the book provides a framework for thinking about why these inequities exist and persist and provides clinicians with a road map to address these inequalities as they relate to racism, the criminal justice system, and other systems and diagnoses 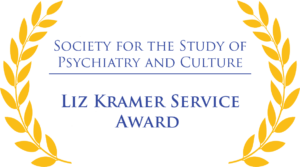 The Liz Kramer Award for Distinguished Service to SSPC is presented for “exceptional contributions to the growth and mission of SSPC.” 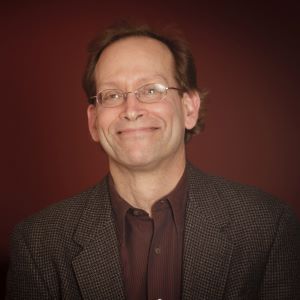 Dr. Boehnlein has provided outstanding service to SSPC in many ways over several decades. From 1994 to 2012 he served as SSPC President and Chair of the Board of Directors, and co-chair of the Program and Arrangements Committee for the annual meetings. After stepping down from the President role, he has continued to contribute in many other ways, including service at various times on the Executive, Finance, Program, Education, and Membership committees. He currently is the Chair of the Elections and Award committee, and the Senior Advisory Group (SAGE). Over the years he has been Chair and/or presenter at 23 sessions at SSPC Annual Meetings. 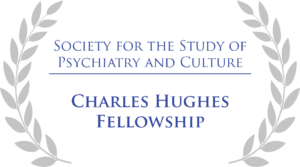 The Charles Hughes Fellowship is presented to a graduate student who has an interest in and commitment to cultural psychiatry and mental health.

No award this year 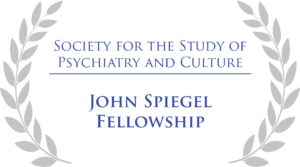 The John Spiegel Fellowship is presented to a medical student, psychiatry resident, or fellow in subspecialty training in psychiatry who is dedicated to improving clinical care through culturally informed practice. 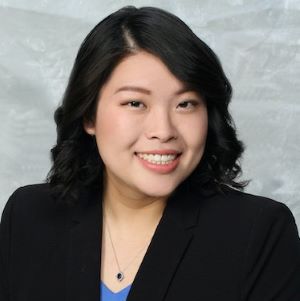 Nealie Ngo for Healing the Whole Family: An Educational Graphic Novel about Intergenerational Trauma in an Asian-American Family

Nealie Ngo graduated from Yale in 2018 with a B.A. in the History of Science, Medicine, and Public Health. She is a fourth-year medical student at the University of Toledo College of Medicine & Life Sciences and is currently taking a gap year to complete a Masters of Public Health at Columbia Mailman School of Public Health. She plans to specialize in Psychiatry and is interested in cultural psychiatry, child/adolescent psychiatry, and college mental health. Nealie’s interest in culture and mental health began while completing her senior thesis at Yale. She created The Body Image, a graphic novel about the global history of the ideal female body and its significance for contemporary body image narratives and those struggling with eating disorders. This project sparked her interest in merging medicine, public health, and art, and she has continued her efforts, presenting her graphic novel domestically and internationally in the UK and Japan. Nealie currently works as a Graphic Artist and Research Consultant at Yale Compassionate Home, Action Together (CHATogether), a research group focused on AAPI mental health. She has created culturally-sensitive comics in English and Chinese about depression, “mentalization” (imagining yourself in someone else’s shoes), and choosing non-traditional college majors in AAPI families. Her most recent work, a collaboration with Grace Chiang, author of New York Times’ Healing the Whole Family, is a graphic novel depicting intergenerational trauma in an AAPI family. Nealie’s other works include comics about climate change and health, religious spirituality and mental health, and AAPI COVID-19 stories.

2004 – Armando Favazza for his book “PsychoBible”

2016 – Hunter Keys for “Cholera, stigma, and the policy tangle in the Dominican Republic – an ethnography and policy analysis of Haitian migrant experiences”

2021 – Alec Terrana for ‘“Foundations of Somali resiliency: Insights from a non-Western perspective”

2020 – Jonathan Gomez for ‘“They are coming to hurt me,’ Cries for Structurally Competent Psychiatric Care from Central American Migrants in the United States”

2020 – Andrea Mendiola for “Cultural Formulation in a Case of Spiritual Possession – Religion, Dissociation, and Culture”

2018 – Monika Karazja for “Are the arguments against global mental health and its perceived cultural insensitivity true?”