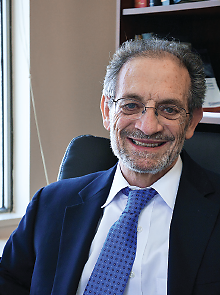 Mental illness knows no boundaries, a fact that some psychiatry residency programs are incorporating into their training.

“Global mental health is mental health anywhere but here,” said James Griffith, M.D., chair of psychiatry at George Washington (GW) University, with perhaps a touch of irony, given that his residents can begin their “global” clinical work in the next county.

Global mental health has its roots in three overlapping domains, said Griffith—cultural anthropology, acute disaster, and postconflict response, and a public health tradition of alleviating suffering in a world where resources can be scarce. Programs typically combine local work with immigrants with several months overseas, usually in the fourth year of residency.

Just how many residency programs include such components is unclear.

“My impression is that the majority of training programs don’t have a global mental health component, but I think there is increasing interest,” said Christopher Varley, M.D., a professor of psychiatry and behavioral health at the University of Washington and president of the American Association of Directors of Psychiatric Residency Training.

A survey of 171 residency training directors (which received just 59 responses) published in 2011 found that they “endorsed the value of international experiences during residency, but their availability and educational impact are not fully supported.”

So GW and a few other programs appear to be unusual in their embrace of global mental health. Several factors may complicate their establishment. For instance, how will programs cover the cost of an overseas placement or make up clinical coverage or research time for a resident who may be away for months at a time?

Nevertheless, there may well be increasing interest in the concept, said Giuseppe Raviola, M.D., an assistant professor of psychiatry and of global health and social medicine at Harvard Medical School and director of mental health programs for Partners in Health.

“More medical students today are interested in global health, including those going into psychiatry,” said Raviola in an interview. “So psychiatry residency programs will need to offer global mental health options to attract the best new residents.”

“I think global mental health reflects an understanding that in addition to serving communities locally, one way we can do more good is to look beyond our borders,” said PGY-4 Michael Morse, M.D., a 2014-2015 APA American Psychiatric Leadership Fellow.

“Global mental health is not something you tack onto a residency training program,” said Morse in an interview. “Rather, it’s like any other competency in residency, where you need to do it and do it a lot and have mentors and supervisors who can help you learn from their experience.”

Within the GW program, all residents take a 12-week seminar in global mental health in their second year. PGY-3s who select the global track then spend several hours a week at Northern Virginia Family Services, an independent agency across the Potomac River in Fairfax County.

“We think you don’t learn this by going to other countries,” said Griffith. “You train residents and work with immigrant and refugee populations here, develop the skill sets, and when they have them, go on to international sites.”

Anjuli Jindal, M.D., began working at the clinic as a PGY-3 in 2007 and has served as a consultant for four hours a week since 2009. She evaluates immigrants and people seeking asylum in the United States and also supervises GW residents.

“You feel the world is so much bigger than your own small community,” she said. “I continued here because I felt this was so important, so needed.”

In addition to the tales of the difficulties in adjusting to a new country or the graphic stories of trauma in their home countries experienced by refugees, Jindal has heard and is heartened by her patients’ resilience and recovery.

“It restores your faith in kindness and the human connection.”

Fourth-year residents can elect to work on a mental health program overseas or a general medical project in another country as a team psychiatrist.

Brandon Kohrt, M.D., Ph.D., finished his residency in 2013 and is now an assistant professor of psychiatry at Duke University and a member of the Duke Global Health Institute in Durham, N.C. He values the time spent in the North-ern Virginia clinic.

“We got daily practice with refugees and asylum seekers here as preparation for our overseas work,” Kohrt told Psychiatric News.

Both Morse and Kohrt developed their overseas connections before they arrived at GW.

Kohrt’s doctorate is in anthropology. Even before he came to GW, he did extensive field work in Mongolia on a culturally specific syndrome analogous to chronic fatigue syndrome and with former child soldiers in Nepal. He helped produce documentary films on those topics in each country. He also worked as a consultant to an antistigma program in Liberia.

“I had an awareness of the context and needs of low-resource settings, but GW gave me the tools,” said Kohrt.

Copyright © 2014 by the American Psychiatric Association. Reprinted with permission from the September 5, 2014, issue of Psychiatric News.

Dear SSPC Colleague, I hope you are planning to attend our 2015 conference. The theme this year, global mental health...