SSPC 2012 Meeting in the Big Apple 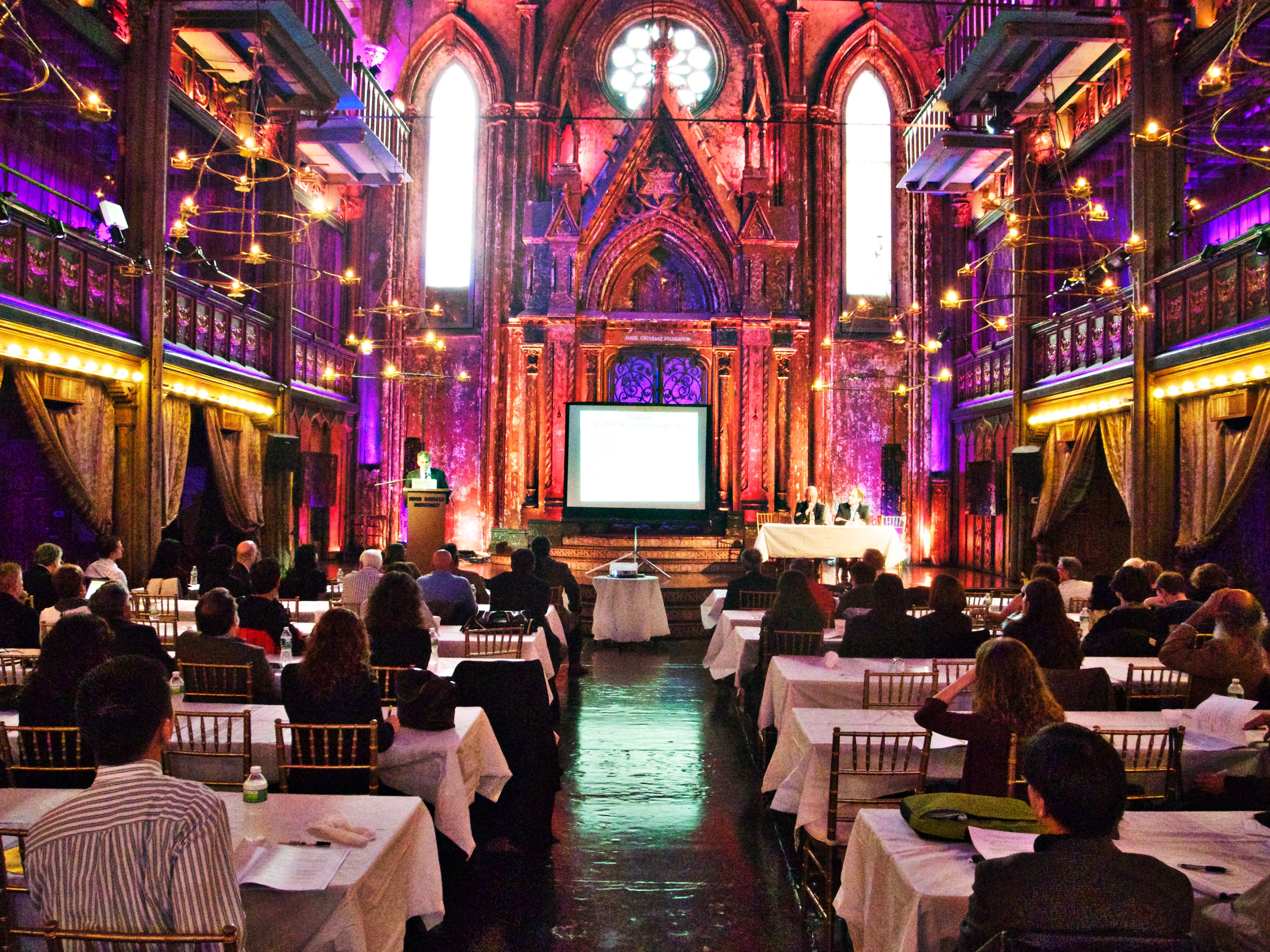 The SSPC Annual Meeting, May 9 – 12, was held in a historic part of New York City known for its rich immigrant heritage and cultural diversity. The first 3 days were held at the Angel Orensanz Center for Contemporary Art, a former synagogue-turned-banquet hall and art museum with high ceilings, intricate carvings, and stained glass windows, in the Lower East Side of Manhattan. Kudos to our Executive Director, Liz Kramer, for her arranging this unique backdrop reflecting the values of the SSPC. Different ethnic foods were catered each day. 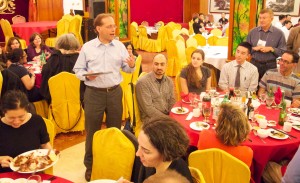 The theme of the conference was Globalization and the Dilemmas of Multiculturalism. The attendees were given a rich scientific program thanks to the great work of our dynamic Program Chair, Steven Wolin, and the rest of the Program Committee. The keynote speech by Rachid Bennegadi on Day 1 on Phenomenology, bicultural identity and globalization was an apt introduction to the theme of the conference. The day was capped by dinner at the Grand Harmony restaurant in Chinatown. Even walking to the restaurant through the streets of Chinatown was a great cultural experience. 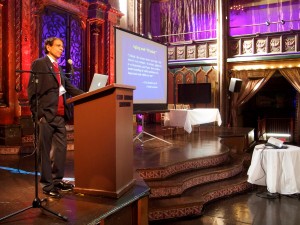 Day 2 opened with a keynote speech by Dilip Jeste on Aging and Wisdom Across Cultures. This was the first meeting addressed by Dr. Jeste after assuming the office of the President of the American Psychiatric Association. At lunch, Board members of the SSPC met with Dr. Jeste, discussing ways the APA and the SSPC could work together to advance common objectives.

The afternoon session opened with a keynote speech by Suzanne Wasserman, Director of the Gotham Center for NYC History. She talked about the immigrant history of the Lower East Side of Manhattan in the late 19th and early 20th centuries, and screened her documentary film “Sweat Shop Cinderella”. The highlight of the evening was a tour at the Lower East Side Tenement Museum. The tour was conducted in actual apartments of immigrants, keeping or restoring the furnishings and appliances of their occupants in the mid 19th century or early 20th century.

Day 3 started with a keynote speech by Monica McGoldrick on Culture & Connection: Attending to culture in clinical practice. This was a part of a symposium on Therapy or Immigrant Families. This session was in honor of John Spiegel. This was followed by the Charles Hughes Memorial Lecture by Bonnie Fullard, a doctoral student in anthropology at Emory University whose topic was Reflechi Twop (Thinking Too Much), a cultural syndrome in Haiti.

The final day was held in two different locations: Hamilton-Madison House, home to the largest multi-ethnic, multi-cultural community mental health clinic in New York City, and the University Settlement at the Chinatown YMCA. Psychiatry trainees presented their cases and got input from experienced SSPC members on transference and counter-transference issues in cross-cultural settings in both individual and family therapy. The meeting concluded with Cultural Components of the DSM-5. This session was not only informative of the work being done regarding cultural competence in the diagnostic system of psychiatry, but it also brought to light some important roles that SSPC members are playing.

Overall, this was a great cultural summit experience for all attendees, both in the meeting itself and in their outside experience in culturally-vibrant NYC. The meeting had good international participation, the staff kept things moving smoothly, the presentations were high caliber, the audience was keenly involved in all discussions; and their discussions contributed a lot to the success of this meeting. Of note was the creativity, enthusiasm and scholarliness of the trainees at the conference, which bodes well for the field of cultural psychiatry and the vitality of the SSPC!

Brought to you by trainee sections of the World Association of Cultural Psychiatry (WACP) and the Society for the... 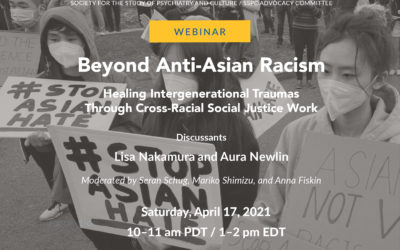 Join us for our next webinar Beyond Anti-Asian Racism: Healing Intergenerational Traumas through Cross-Racial Social... 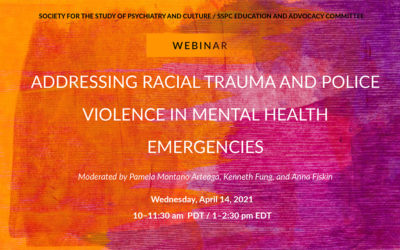 Join us for our next webinar Addressing Racial Trauma And Police Violence In Mental Health Emergencies Wednesday,...