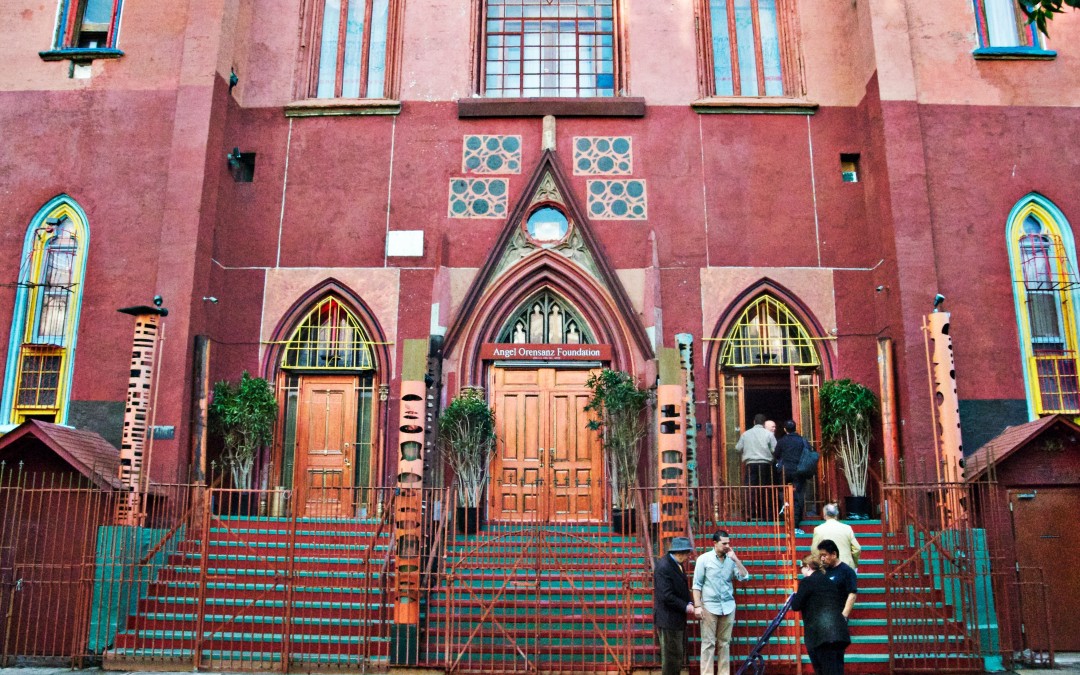 The Program:
The 2012 Annual Meeting of the SSPC will be held right after the American Psychiatric Association meeting in Philadelphia. We are planning to have sessions on the following topics:

The call for papers is open, and abstracts are due no later than November 1. Dilip Jeste, President elect of the American Psychiatric Association, and Monica McGoldrick, world renowned clinician and teacher of immigrant family therapy and editor of Ethnicity and Family Therapy which is now in it’s fourth edition are among the keynote speakers who have agreed to participate in the meeting. Suzanne Wasserman, Director of the Gotham Center at City University of New York and noted historian of the Lower East Side will give a keynote lecture on the history of the area as a prelude to walking tours which will be held on the first afternoon of the meeting.

Meeting Venue:
The meeting will be held at the Angel Orensanz Center for Contemporary Art, 172 Norfolk Street, on Manhattan’s Lower East Side. This historic building began as the first reform synagogue in the United States. Later, as the neighborhood changed and the Eastern Europeans began to arrive it became an orthodox shul. Then, like the  neighborhood itself, there was a decline. The building was vacant and boarded up until it was discovered by Angel Orensanz in 1986. Orensanz restored it and turned it into a community arts center, where there are concerts, plays, weddings, Bar/Bat Mitzvahs and other events. Angel’s studio is on the top floor. For more on the foundation and the building go to http://www.orensanz.org.

No Poster Session
The configuration of the building and the terms of our contract are such that we will not be able to have a poster session this year. However, we feel that this is a very small price to pay for the experience of having our meeting in such a dynamic, historical site.

We will continue to keep you informed through emails and our website. For the very latest developments, please visit www.psychiatryandculture.org often.

SSPC is pleased to announce the call for papers for the 2012 annual meeting in New York, May 9-11, 2012. Abstracts are due no later than November 1, 2011, and all abstracts will be peer reviewed. Preference will be given to papers that relate to the theme of the meeting, “Globalization and the Dilemmas of Multiculturalism”, but there will be plenty of opportunity for free papers. Abstracts must not exceed 200 words in length. All submissions must include at least two learning objectives, and be accompanied by the attached cover page. Download the Abstract cover sheet: http://www.psychiatryandculture.org/documents/SSPC2012Abstractcoversheet.doc

Instructions for Authors:
All abstracts must be submitted as Word documents. They must be written in English and be of scholarly quality. Type size should be 11 or 12 point, and the font should be simple and clear. Do not format your abstract or use fancy fonts. We prefer Arial. Remember, your abstract must not exceed 200 words.

All authors whose manuscripts are accepted for presentation must submit their disclosure statements within two weeks of notification of acceptance, and agree to submit all additional materials for the course syllabus no later than March 15, 2012.

Two sample abstracts can be viewed at http://www.psychiatryandculture.org/SSPC2012InstructionsforAuthors.htm. Please use these as examples of the types of abstracts we expect. Again, all abstracts are due by November 1, 2011. Any received after that date will be reviewed at the discretion of the Program Committee.

If you have any questions, please contact Steven Wolin, Chairman of the Program Committee at swolin@gmail.com, or Liz Kramer, Executive Director, at ekramer931@gmail.com.

For the 2012 meeting in New York SSPC will not have a headquarters hotel since we are meeting at the Orensanz Center. We have, however, managed to secure small blocks of rooms at discounted rates at four hotels in the City. Each hotel is different, as are the prices. All but one have been personally visited and inspected by Liz or a member of the Program Committee and the one we did not see is part of the Marriott family so there is some reasonable assurance of cleanliness and safety of the surrounding neighborhood. However, guests are responsible for making their own reservations, paying their own bills, and resolving any differences they might have  with the hotels.

Reservations at all hotels must be made at least 30 days prior to arrival. We advise you to book early, as rooms will go fast. The hotels with which we have negotiated rates are listed below in order of proximity to the Orensanz Center. Please note that all rates are net of 14.75% tax plus $3.50 per room occupancy tax.

If none of these hotels appeal to you and you don’t have a place to stay, we recommend that you consult Trip Advisor (www.TripAdvisor. com). You probably won’t find the best prices  at that site and may want to shop further to save money, but you will get the straightest and most accurate report on specific properties.

The Society for the Study of Psychiatry and Culture announces its 19th annual call for papers for the Spiegel Fellowship, an annual award presented to a resident or fellow who has an interest in and commitment to cultural psychiatry. Residents or Fellows who are interested in competing for this award should submit an original scholarly paper on a topic in cultural psychiatry, along with a CV and a letter of recommendation from their department chair or director of residency/fellowship training, to:

The deadline is November 1, 2011. The Society will waive registration fees and pay partial travel costs for the awardee to present the paper at its annual meeting which will be held May 9-11, 2012 in New York City.

The Society for the Study of Psychiatry and Culture announces its 9th annual call for papers for the Charles Hughes Fellowship in Cultural Psychiatry, an annual award presented to a graduate student who has an interest in and commitment to cultural psychiatry and mental health. Graduate students in the social sciences who are interested in competing for this award should submit an original scholarly paper on a topic in cultural psychiatry, along with a CV and a letter of recommendation from  their department or committee chair, to:

The deadline is November 1, 2011. The Society will pay partial travel costs for the awardee to present his or her paper at its annual meeting to be held May 9-11, 2012 in  New York City.

SSPC Symposia at the 15th World Congress of Psychiatry

On September 21, 2011, at the meeting of the World Psychiatric Association in Buenos Aires, Argentina, the Society for the Study of Psychiatry and Culture (SSPC)  sponsored a symposium on “Current Research in Transcultural Psychiatry in the United States”. The symposium was chaired by James Boehnlein, MD, President of the SSPC. The following are the titles of the presentations and names of the presenters:

“Research in cultural psychiatry in the United States over the last ten years” by R. Kohn MD and R. Wintrob MD

“Adapting multifamily groups to improve treatment adherence in Latinos with schizophrenia” by A. Kopelowicz MD

“To be or not to be? Cultural components in the development of DSM-5” by R. Alarcon, MD

Another symposium was presented at the same meeting on September 20, 2011, chaired by John M.de Figueiredo, MD, ScD on “Demoralization in Populations Experiencing Life Threatening Situations and Severe Acculturative Stress”. The following were the presenters and the titles of their presentations:

“Adaptive strategies for the prevention of demoralization in prolonged bicultural conflict and interaction” by J. de Figueiredo, MD, ScD

“Restoring morale among survivors of political torture: a framework for culturally-sensitive assessment and treatment” by J. L. Griffith, MD

“Mental and physical health of refugees recently arrived in a New England city” by P. Zimbrean, MD, S. Mourra, MD, A. Oteo, MD, and A. Annamalai, MD (presented by A. Annamalai, MD).

Both symposia were well attended and were followed by a stimulating discussion.