Farewell to Friends and Colleagues

by Steve Wolin and Elizabeth Kramer

This year SSPC lost 4 members of the organization. Their loss to SSPC, the professions in which they served, and to their families is immeasurable, but we honor them here and remember them fondly.

Wen-Shing Tseng (1935-2012) was born in Taiwan in 1935, graduated medical school at the National Taiwan University in 1965, and additional training in psychiatry at the Massachusetts Mental Health Center of Harvard Medical School 1965-68. He taught psychiatry in Taipei from 1965-71, but began a two year stint as a research associate at the East-West Center in Honolulu in 1971 and in 1972 he joined the psychiatry faculty of the University of the Hawaii School of Medicine as an associate professor. In 2009 he was promoted to full professor. For many years Wen-Shing was a principal ambassador for cultural psychiatry around the world. He visited China in 1981 as a WHO fellow, and later became a guest professor at the Institute of Mental Health, at the Peking University. He taught psychotherapy to young psychiatrists there for two decades. He was chair of TP section of the World Psychiatric Association and later was the founding President of the World Association of Cultural Psychiatry (WACP), where he organized numerous congresses around the world, including the inaugural meeting of WACP in Beijing in 2006. He published over 50 books and monographs in three languages, including his autobiography in Chinese. (sw)

Raymond Harold Prince (1925-2012), a pioneer in transcultural psychiatry, was born in Barrie, Ontario. He studied medicine and psychiatry at the University of Western Ontario where he experimented with LSD supplied by a pharmaceutical company. Although an atheist, he spent his life studying religious experiences. Ray’s career in transcultural psychiatry began in 1957 while working at Aro Hospital in Abeokuta. The only ‘alienist’ in the pre-independence colonial government of Nigeria, he observed how differently the Yoruba people treat mental illness. Ray noticed an unusual condition that was prevalent among students in Nigeria. He wrote that “here, the somatic complaints were focused upon the head; burning, pain, vacancy, prickling, the sensation of worms crawling – and there was a concomitant inability to concentrate and grasp the meaning of the written word. Students sometimes had to abandon their studies… It gradually dawned on me…that this was a distinctive syndrome…I called it ’brain fag’, because some of the students referred to it in that way and attributed it to too much use of their brains.” This was Ray’s description of what became his first psychiatric paper in 1960: “The Brain Fag Syndrome in Nigerian Students”, published in the Journal of Mental Science (later The British Journal of Psychiatry). In that same year Ray published two other papers: “Curse, Invocation and Mental Health among the Yoruba” in what is now called the Canadian Journal of Psychiatry and “The Use of Rauwolfia for the Treatment of Psychoses by Nigerian Native Doctors” in the American Journal of Psychiatry. Ray’s classic observations and questions on the treatment of psychoses by indigenous healers became an essential component of cultural psychiatry. “I began to see a whole series of patients who described obvious psychotic episodes and who had been treated by indigenous healers. It became clear that their treatments [worked]… How did they do it?”

He was fascinated with the physiology of these phenomena, as well as with trance and possession states; those induced by religious ecstasy and those induced by drugs; and how they are related to ‘insight’, to healing and to psychopathology. He organized  several important conferences on these topics, which led to numerous publications on the subject. Ray published 154 papers between 1955 and 2002, including 22 since he retired in 1991, and especially a series of articles on the “pioneers of transcultural psychiatry”.

We owe a great debt to Raymond Prince for the innovative contributions he made in psychiatry, to defining a major aspect of cultural psychiatry and by extension his importance to our organization. Thank you to Ron Wintrob for providing me with many of the details of Ray Prince’s life work. (sw) 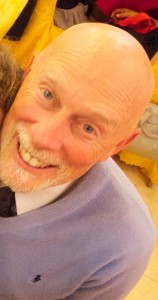 Herbert Campbell (1959-2012)
We learned only a few weeks ago that long-term member and friend, Herb Campbell, died suddenly and unexpectedly on August 25, 2012, at the age of 63. Herb was a career psychiatrist with the Department of State whose posts included Cambodia, India and Athens, where he was based at the time of his death. According to one of his colleagues at the State department, Herb was passing through Germany en route to regional work, went for a hike and was not heard from. He was found lying on a rock with his hands behind his head as a pillow, looking up at the sky. We will sorely miss his wonderful quirky humor and the impish grin that infected all of us. (ejk)

Houshang Hamadani (1936-2012) died Saturday, October 6, 2012.
He was born in Tehran, Iran on October 14, 1936. He came to the United States in 1960 for his residency in Psychiatry and had a clinical practice in Allentown since 1979. He specialized in treating adolescents and their families, often over many years. As a loyal member of SSPC, Houshang contributed numerous clinical presentations which illustrated the value of knowing one’s patients and their relatives over an extended period. In the tributes to his memory, many families spoke of his importance to them as a wise, compassionate clinician. (sw)

“Life and death are one thread, the same line viewed from different sides.”
—Lao Tzu, 550 BC